Ahmad to Gadhafi: "If I were to see his face, I would strangle him"

TOBRUK, Libya (CNN) - Like everyone else, Aisha Ahmad watched the riveting drama unfold in a Tripoli hotel as a desperate woman burst into a dining room filled with journalists, sobbing, screaming, wanting the world to know she had been raped by 15 of Moammar Gadhafi's militia men.

The arresting images of how swiftly the woman, Eman al-Obeidy, 29, and the journalists were stifled stirred viewers around the world. But perhaps none more so than Ahmad. This was her daughter. And she was enraged. Just weeks before, Ahmad might have wept in silence. But now, with war engulfing Libya and its future hanging in the balance, Ahmad feared Gadhafi no more.

"If I were to see his face, I would strangle him," she told CNN in an interview at her modest home in the eastern coastal city of Tobruk.

CNN Phographer Khalil Abdallah was eating breakfast in the hotel, when Aisha Ahmad's daughter Eman al-Obeidy burst in on Saturday. What happened next was unexpected and violent. Khalil, the CNN Photographer, told his story to Michael Holmes on Tuesday. 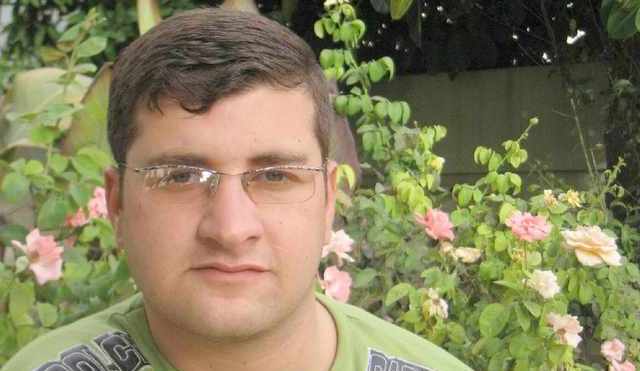 Philippe Cousteau and Team in the Arctic Tundra

A CNN team led by environmentalist and explorer Philippe Cousteau is joining an elite group of scientists studying climate change in one of the coldest places on earth, the Arctic Tundra. Bad weather kept the team stuck in the tiny Canadian town of Resolute Bay for days. CNN Sr. Producer Matt Vigil's last tweet said the team has finally arrived at their final destination, which is about 550 kilometers from the North Pole:

"We arrived at Catlin Arctic Survey's Ice Base. Updated reports Tuesday on CNN.com and CNN platforms in the 8am eastern hour #CNN @pcousteau" -via @mattvigilcnn on twitter

You can follow all the action by staying with CNN and checking in at CNN.com/GoingGreen. There you'll find a map of the team's location and learn how the crew is surviving the harsh conditions.

This video above reveals how Philippe and the team prepared for the expedition in Resolute Bay.

Japan: dealing with disaster and looking for answers

"...It's just absolutely mind-numbing in the sense that you've got three major disasters. You had the earthquake, you had the tsunami and then of course you had this nuclear, potential meltdown that has occurred. Any one of them, individually, would be a major catastrophe in any country. You've got one country, the people of Japan, dealing with all three."

Those were the words of CNN's Martin Savidge in Tokyo. He went to Sendai, a major car manufacturing area of Japan, where he encountered what he called a "car graveyard". He found the aftermath of the tsunami where people in cars, who were driving, had been poured over onto new cars, that were parked and ready to be sold. It was a scene where, combined with the clean up, bodies will have to be recovered from some of those cars as well.

Nuclear "trepidation" abounds inside and outside of Japan as well. Martin went aboard the USS Ronald Reagan to learn more about how military helicopters were flying in aid to disaster victims. He ended up finding another story. As a precaution crews were washing the entire U.S. Military super-carrier because it had passed through the plume from the Fukushima Daiichi nuclear plant, suffering possible contamination. There is a reason the ship is called a "super-carrier", it's huge.

The Fukushima Daiichi nuclear plant is run by TEPCO, The Tokyo Electric Power Company. Inside its headquarters in Tokyo, Martin and crew crammed into the scrum of journalists vying for attention from officials who were there to calmly answer questions from the press. All questions were asked and answered in Japanese. All informational handouts where given in Japanese as well. CNN had a crew member who spoke the language and Martin was given an opportunity to ask questions. You can find informational handouts from TEPCO, in English, for the press and public on their website. Our chat with Martin about all of this is in the video above.

Be sure to stay with Back|Story for more on Japan. If you would like to help please visit CNN.com/Impact.

Gorani: "The big frustration for people in Syria is corruption"

CNN Center (CNN) There is a lot of focus on the historical pattern of unrest happening in the Middle East. Syria is particularly interesting and protests there are the latest focus of the wave of events where people in the region are expressing concern and unhappiness with the status quo.

We've seen protests in the southern Syrian city of Daraa where at least 15 people have been killed at the time of this recording you see in the video above. Even surprisingly, some protests in Damascus as well; but also of note are reports of protests in the city of Hema which is significant given it's history: there was a heavy attack in 1982 by the Syrian Army to shut down a revolt involving the Muslim Brotherhood. Syria isn't a culture of protests, unlike Egypt where even before their latest revolution you would still see protests happening.

Hala Gorani of CNN International has been to Syria many times. We felt we should sit down with her to talk about some of the details that stand out about Syria's brand of unrest.

It turned out to be quite an enlightening conversation about a complex yet intriguing country.

The Revealer: Secrets in a Work of Art

"The Revealer", on Back|Story, takes us to London's National Gallery to examine a painting from 1533 called "The Ambassadors". It was depicted by artist Hans Holbein.

The painting is full of small mysteries and little intriguing clues to messages that the artist may have been trying to convey. Susan Foister, of the National Gallery, is an expert on the works of Holbein and points out some truly astounding aspects of the work.

But history and art isn't all this episode of "The Revealer" has to offer. A groundbreaking advance from Internet search brand Google is bringing physical history to the digital world. Some amazing new technology is taking high resolution scans of art like "The Ambassadors" to bring them to the internet, down to the smallest stipple.

"The Revealer" on BackStory

We're proud to present to you a new Back|Story series that unearths fascinating new secrets about places and stories you thought you knew. Every other Thursday we will present an all new segment called "The Revealer". They will all air live at on Back|Story every other Thursday and then be posted on CNN.com/Revealer.

You can see our full schedule of air times for Back|Story below, or on our webpage.

British born Elizabeth Taylor started her career as a child acress, entertaining us through the years. She lived her life in the spotlight. So much so that she is considered to be one of the first celebrities to be followed by paparazzi style photographers. ﻿

We spoke to Larry King today about her. He first met Liz Taylor in Miami when he was working in Radio and Television. He gave us some insights (that only Larry can) into her life; through his experiences meeting her at Hollywood parties and interviewing her on his show that ran for years on CNN.

Take a look at the segment that we put together today. We hope you enjoy all of the iconic photos of Liz through the years as much as we enjoyed bringing them to you. 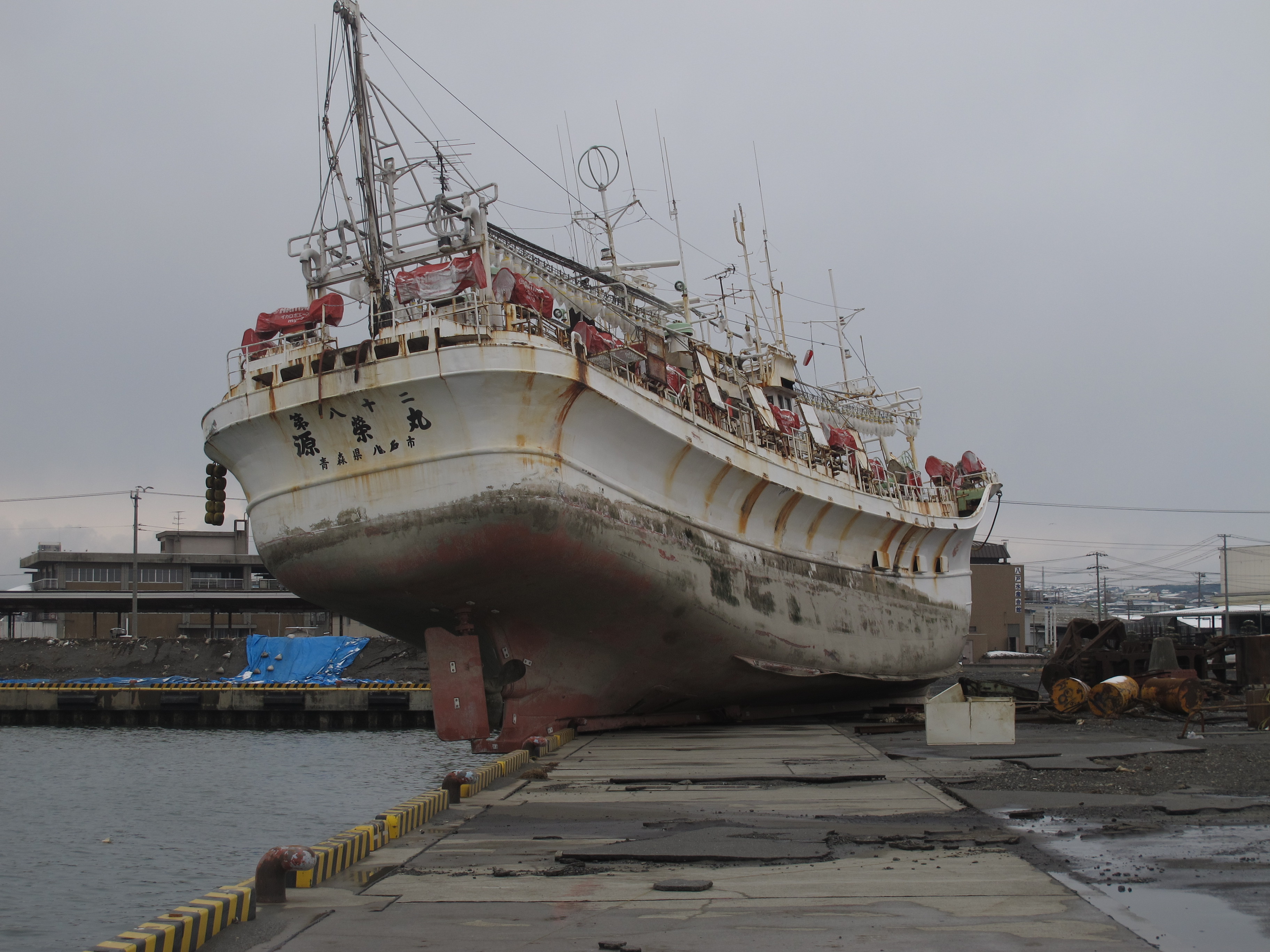 The earthquake-generated tsunami which struck Japan on March 11, 2011 tossed these huge cargo ships onto piers in the port of Hachinohe in northeast Japan. Shot March, 16, 2011

Michael Holmes has decades of experience reporting from inside some of the world's most important events of his generation. CNN U.S. asked him to speak about the lifestyle it takes to do such a, sometimes dangerous, job. We'll let Michael do the talking here. Take a look at the video above.