Journey into the abyss

Lt. Don Walsh & Jacques Piccard made the decent to the deepest part of the ocean in 1960.

Taking a stand for worker's rights in China

For more on Li Qiang and China Labor Watch find his organization online at www.chinalaborwatch.org

Telling the story of Haiti: After the Earthquake

American filmmaker Jon Bougher was in Haiti when a powerful earthquake struck the island nation two years ago. At the time, he was making a film with Roman Safiullin about two activists and their work in Port-au-Prince. You can watch a clip from “Bound by Haiti”, seen above. The earthquake affected Jon deeply and he’s now training young filmmakers to make short documentaries about life in Haiti since the disaster. You can watch Isha Sesay’s interview with Jon about the project below. And this isn’t the first time Jon has been on Back|Story. He appeared on the show last year to talk about another powerful documentary he co-produced called “Unnoticed: Children of Kabul”. 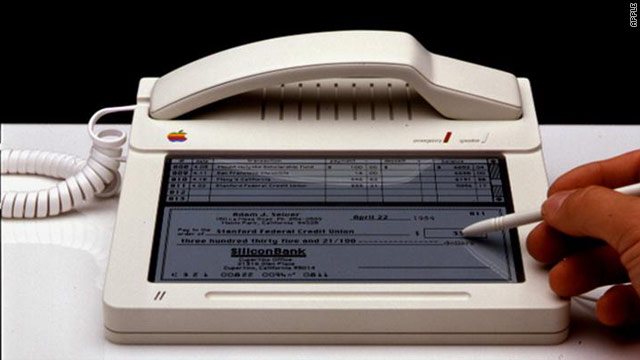 Could this have been the original Apple iPhone, 1983?

Check out these photos. No, you’re not seeing the latest version of the iPhone! In fact, the photos show an Apple prototype from 1983 that never made it into the marketplace. 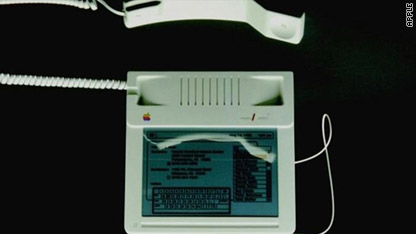 Like the iPhone and the iPad, the device came with a touch screen and a stylus. The man who designed this prototype, Hartmut Esslinger, also designed Apple’s first “portable” computer.

The Death Toll from Tropical Storm Washi soars in the Philippines

The Philippines is burying its dead and struggling to recover. Tropical storm Washi (known locally as Sendong) hit the southern portion of the country over the weekend, killing more than a thousand people and leaving thousands more homeless.  The storm triggered flash floods and sent massive logs down hillsides, which flattened everything in their path. There’s speculation that illegal logging contributed to the devastation.

Back|Story producers Chris and Nadia talked to Mari Ramos and Taylor at the CNN World Weather Center about the storm’s path and why it did so much damage.

On Saturday, a NASA rocket carrying a rover dubbed "Curiosity" started its eight-and-a-half-month journey to Mars.

Once it arrives, the rover will collect rocks and soil to see if there are signs of life on the Red Planet.

Our John Zarrella was at Kennedy Space Center in Florida for the launch and sent us this BackStory.

From Bras to Spacesuits: The Untold Story of Apollo 11

July 16, 1969. The world waited with bated breath as three men in a rocket hurtled skyward, bound for the moon.

Half a billion people tuned in to watch the grainy black and white images of Buzz Aldrin and Neil Armstrong step out of the Eagle and onto the lunar surface.

Armstrong's first step was a triumph in a complex operation that marked a new era for mankind.

A group of seamstresses in a small town called Frederica in the state of Delaware was among those watching that moment on the moon. Their role in the American space story is unrivaled.

These unassuming women, who started off their careers stitching bras and girdles, had in fact sewn the spacesuits - 21 layers of material all together.

"I had something to do that was great. I did something great in my lifetime. I built the suit that went to the moon," 75-year-old Bert Pilkenton told CNN.

For 42 years, Pilkenton, along with some 80 other young women, individually tailored spacesuits for International Latex Corporation (ILC)Dover, which had been part of the Playtex group in the 1960s. Their intimate knowledge of the human body and skills with synthetic materials and body-hugging shapes meant they triumphed over the hard amour-like spacesuits designed by military contractors and favored by NASA's engineers.

"Lower arm, upper arm, torso, setting zippers, the convolutes. I had a part in all of it. Wherever they needed help. We just helped each other," said Ruth Ratledge who still works at ILC Dover as a seamstress, aged 77, having given up on retirement.

At times, the girls needed to blind stitch the suits, feeling underneath to get the parts to come together, sometimes within a 64th of an inch.

For the astronauts, it was a matter of life or death. Without oxygen and the protective suit, Aldrin and Armstrong would have perished on the moon in less than 30 seconds.

As a result, sewing pins were deliberately rationed. If the spacesuits were X-rayed and had stray pins left in them where the tailors had pinned the material together, they had to start all over again.

For Ellie Foraker, who began her career with Playtex in 1952 sewing baby pants, finding pins in the suits became too much to bear one day when she realized one particular seamstress had a left a pin in the suit.

She said, "I showed her the pin and I said, "You see this? It just came out of that garment that you sewed. So I'm gonna show you what a pin will do" and I stuck her in the butt. And I said, "Do you think you will remember the next time you leave a straight pin in something?" She said, "Yes ma'am"."

Once the astronauts landed safely back on planet earth, the suits went to the Smithsonian National Air andSpaceMuseuminWashingtonwhere they remain today as a testament to the women behind the suits that put man on the moon.

Bert Pilkenton laughed as she let on a secret - "When we built the Apollo suit - the one that is in the Smithsonian Institute - some of us girls names are inside that suit."