From Bras to Spacesuits: The Untold Story of Apollo 11

July 16, 1969. The world waited with bated breath as three men in a rocket hurtled skyward, bound for the moon.

Half a billion people tuned in to watch the grainy black and white images of Buzz Aldrin and Neil Armstrong step out of the Eagle and onto the lunar surface.

Armstrong's first step was a triumph in a complex operation that marked a new era for mankind.

A group of seamstresses in a small town called Frederica in the state of Delaware was among those watching that moment on the moon. Their role in the American space story is unrivaled.

These unassuming women, who started off their careers stitching bras and girdles, had in fact sewn the spacesuits - 21 layers of material all together.

"I had something to do that was great. I did something great in my lifetime. I built the suit that went to the moon," 75-year-old Bert Pilkenton told CNN.

For 42 years, Pilkenton, along with some 80 other young women, individually tailored spacesuits for International Latex Corporation (ILC)Dover, which had been part of the Playtex group in the 1960s. Their intimate knowledge of the human body and skills with synthetic materials and body-hugging shapes meant they triumphed over the hard amour-like spacesuits designed by military contractors and favored by NASA's engineers.

"Lower arm, upper arm, torso, setting zippers, the convolutes. I had a part in all of it. Wherever they needed help. We just helped each other," said Ruth Ratledge who still works at ILC Dover as a seamstress, aged 77, having given up on retirement.

At times, the girls needed to blind stitch the suits, feeling underneath to get the parts to come together, sometimes within a 64th of an inch.

For the astronauts, it was a matter of life or death. Without oxygen and the protective suit, Aldrin and Armstrong would have perished on the moon in less than 30 seconds.

As a result, sewing pins were deliberately rationed. If the spacesuits were X-rayed and had stray pins left in them where the tailors had pinned the material together, they had to start all over again.

For Ellie Foraker, who began her career with Playtex in 1952 sewing baby pants, finding pins in the suits became too much to bear one day when she realized one particular seamstress had a left a pin in the suit.

She said, "I showed her the pin and I said, "You see this? It just came out of that garment that you sewed. So I'm gonna show you what a pin will do" and I stuck her in the butt. And I said, "Do you think you will remember the next time you leave a straight pin in something?" She said, "Yes ma'am"."

Once the astronauts landed safely back on planet earth, the suits went to the Smithsonian National Air andSpaceMuseuminWashingtonwhere they remain today as a testament to the women behind the suits that put man on the moon.

Bert Pilkenton laughed as she let on a secret - "When we built the Apollo suit - the one that is in the Smithsonian Institute - some of us girls names are inside that suit."

Here is your third clue for this week's segment of The Revealer. Take a look at the video clue from researcher Olivia, and then place your guess in the comments section below.  We'll "reveal" the name of the first person to get it right... coming up on Thursday's BackStory. 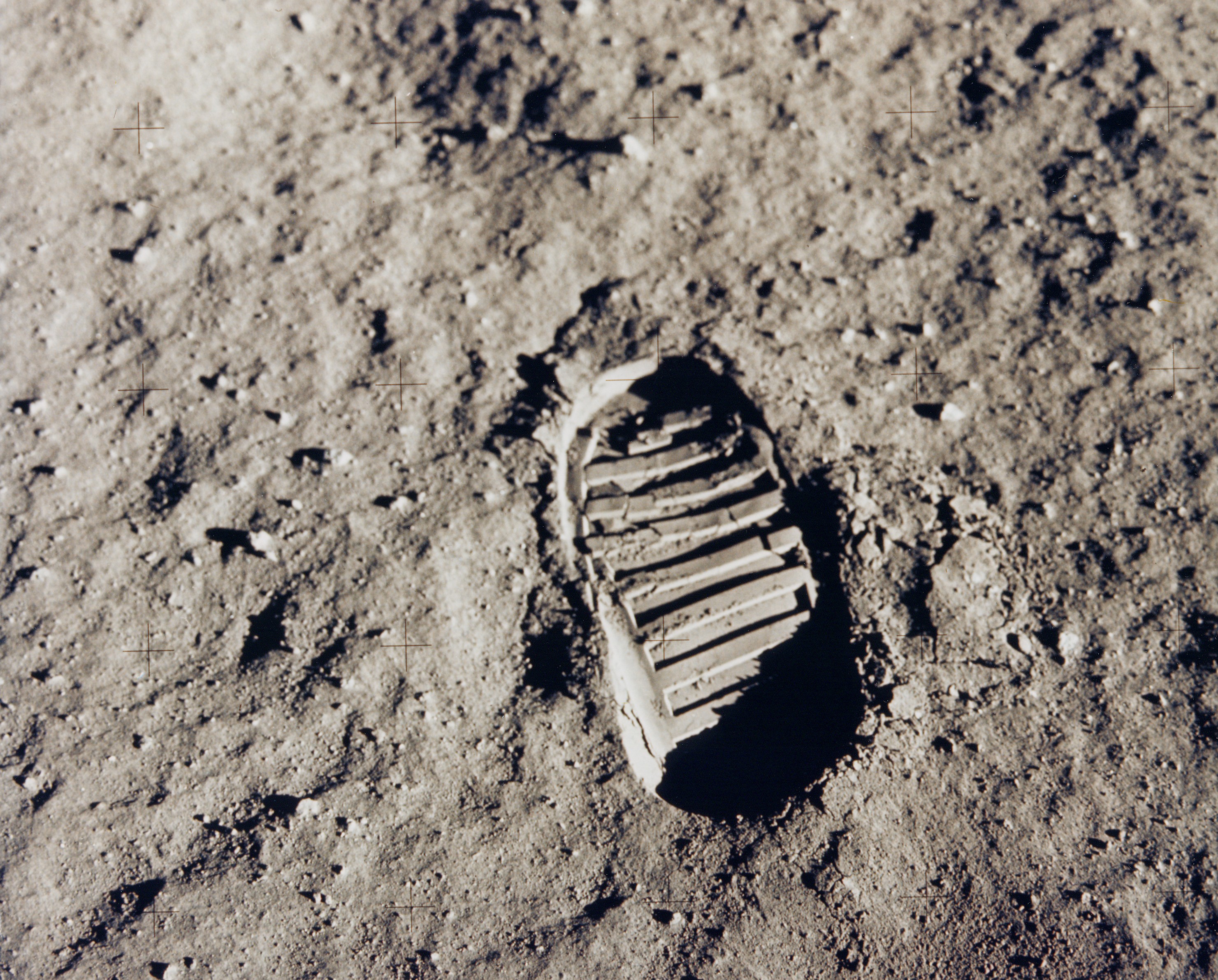 BackStory's signature series, The Revealer returns on  Thursday.  Today, we offer you a new photo clue as to the topic of the next episode.  This iconic image will bring you closer to the answer.  Let us know what you think in the Comments section, and as always, we'll read the name of the first person to get it right on Thursday's BackStory. 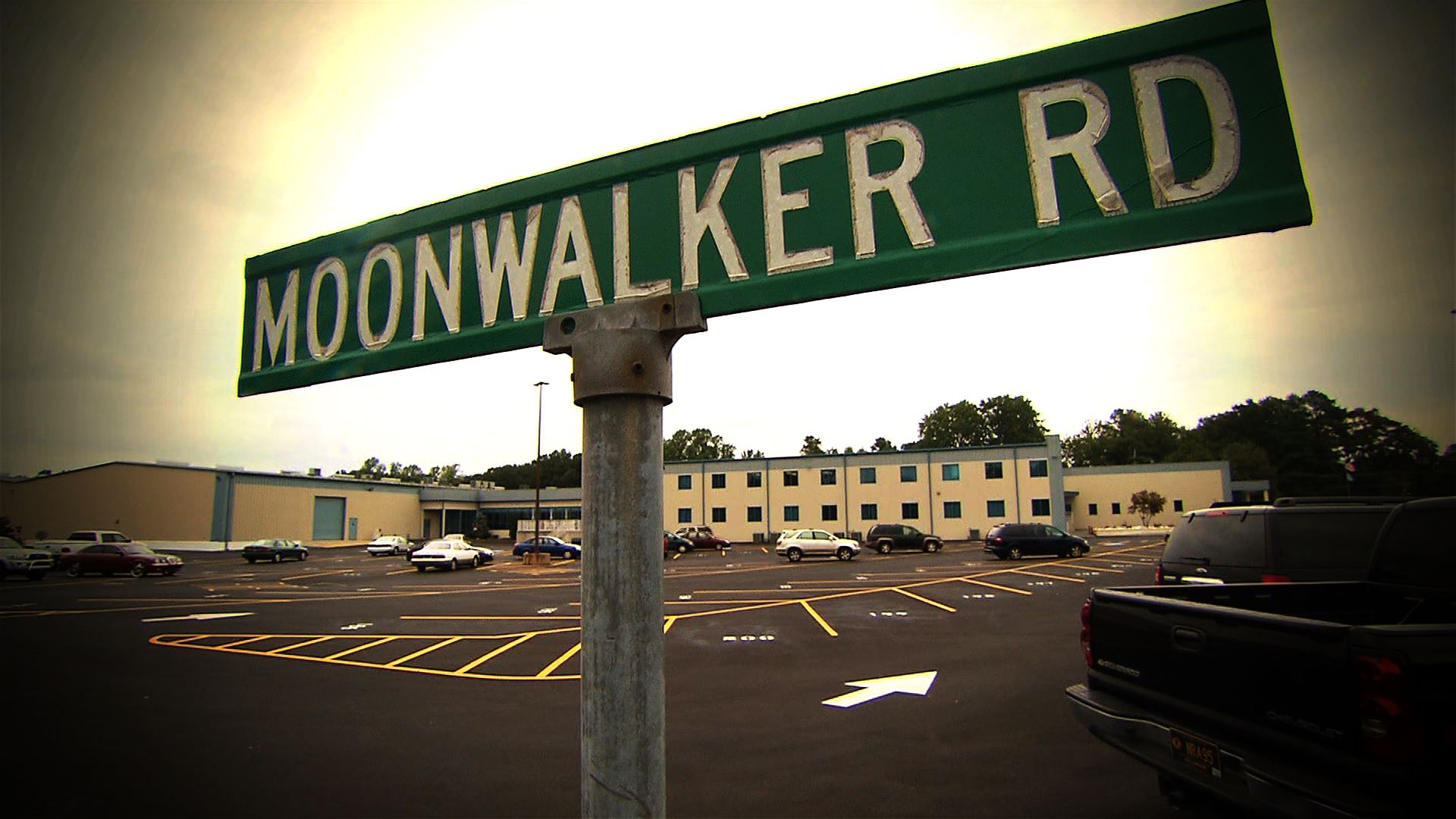 The Revealer Returns! Here's a look at Clue # 1

BackStory's signature series,  The Revealer, returns this Thursday.  So you know what that means... the Revealer Game returns today!  The story behind the next Revealer episode starts here in a small American town with a population of fewer than one thousand people.  Can you guess where it is and why the town is so significant?

Click into the "comments" section to share your guess.  We'll "reveal" the name of the first person to get it right on the air Thursday.

Thanks for playing, everyone!

His photographs are some of the most iconic images of war taken during the first half of the 20th century.   And for the longest time, we thought we'd seen all that Robert Capa had to offer.  That is, until the "Mexican Suitcase" turned up.  It "revealed" some little-known secrets behind the legendary photographer's work.  Nick Glass gives us a glimpse.

The big reveal of this week's edition of BackStory's signature series, The Revealer, comes tomorrow.  Many of you have offered up guesses as to the topic of the next episode.  But producer Olivia still has one more clue for you.  Check it out and let us know what YOU think we'll be revealing!

Clue Number One in The Revealer Game

BackStory's signature series, The Revealer, returns this week.  And that means the Revealer Game is back as well.

Click the video for your first clue about the subject of this week's episode, and go into the Comments section to let us know what you think it is.  If you're stumped, come back tomorrow to see the next clue!

The Revealer: The Chinese Girl

It's one of the most reproduced works of art in the world. A painting, by Russian artist Vladmir Tretchikoff, is called "The Chinese Girl" or "The Green Lady". It was always claimed that the subject of the painting was a woman Tretchikoff met in San Francisco, but recently the true story behind the painting was revealed in South Africa. 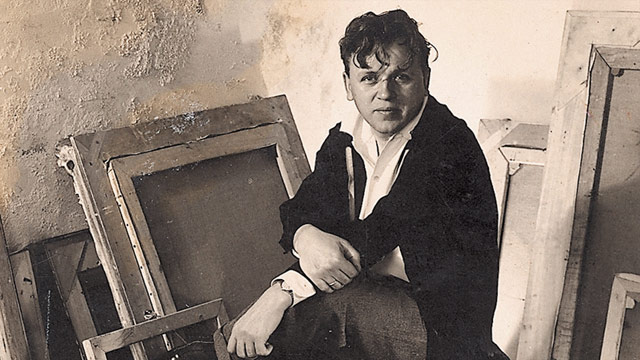 "The Revealer" is back Thursday and here is your visual clue #3. Can you guess what the subject of this week's installment is? The first person to guess the topic will be revealed in the show. 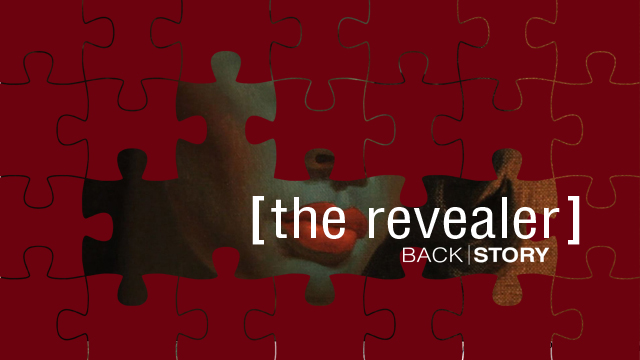 "The Revealer" is back this week and here’s your first clue. Can you guess the subject of this week's segment? The person who gets the correct answer will be revealed in Thursday's show.