Iraq as the War Ends

CNN's Michael Holmes gives us a look, through his camera lens, at some of what he has been working on while in Iraq. The U.S. says it will end the war in Iraq by the end of 2011.

Comparing the Good and the Bad: Living in the Favela Rocinha

CNN's Shasta Darlington reports from Rio de Janeiro on a recent "pacification" of the favela Rocinha.

For their participation in these reports, Paul Sneed and the Back|Story team would like to thank religious leader Pai Almir who lives in the favela Rocinha. Also a big thank you to Viviana Rodrigues who is a teacher in Rocinha and co-founder of 2bros.org. A big thank you, as well, to Sergi Navarro-Rivero, a Harvard PhD student who is working in Rio de Janeiro and filmed the Rocinha resident interviews for this segment; and finally, thank you to Marcos Burgos, an American community activist and CUNY PhD student living in Rocinha who helped with logistics. Thank you to everyone for coming together to make this segment happen.

Rebuilding the place where Mickey Mouse was born

A huge thank you to Cydney Millstein, an Architectural Historian in Kansas City Missouri and to Butch Rigbey, Chair of Thank You Walt Disney for their participation in telling this story. Also to Dan Viets of Kansas City. Their passion for history is appreciated.

A Piece of Entertainment History, Nearly Lost and Forgotten

This is the site of Walt Disney's first animation studio. To commemorate his birthday, Monday on Back|Story, we will take you there and talk to people who are working to revive this site and preserve history.

Probably the most iconic character in animation history, Mickey Mouse, was created in this old and neglected building in Kansas City, Missouri. It actually used to look much worse, we'll show you those images and many others.  So be sure to watch the show Monday, December 5th.

"Fancy being remembered around the world for the invention of a mouse."
-Walt Disney

Through a CNN Producer's Lens: The Battle of Sirte, Libya

CNN Producer Mohammed Tawfeeq took these 22 pictures while he was embedded with anti-Gadhafi fighters as they went into the besieged city of Sirte, Libya. Mohammed, CNN Photographer Charles Miller and Phil Black worked to document the story of the fighters, but also that of the citizens of Sirte who fled the city in droves, piling into cars leaving as fast as they could. 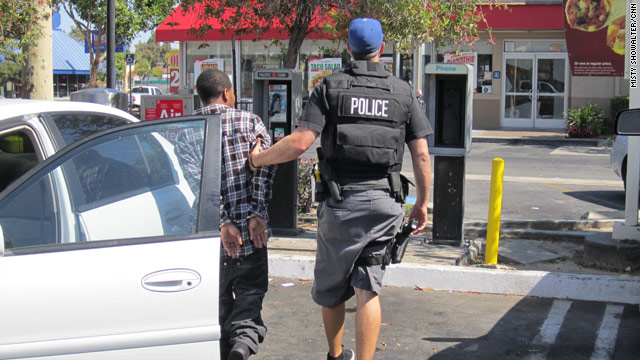 Behind the scenes: NYSE trading floor

CNN's Alison Kosik shows you the back hallways of the New York Stock Exchange in this Back|Story look at our coverage of the market action this week.

Sheep grazing has become an important part of the effort to protect the environment in the Patagonia area of southern Argentina. CNN's Brian Byrnes recently traveled to the wind-swept landscape of Monte Dinero to visit an Irish-Argentinian sheep farmer and his family.

You can see Brian's report on how the sheep keep these area of Argentina from turning into a desert HERE.

Also, be sure to check out his Back|Story where he gives you a little slice of life on the farm around the bottom of South America HERE.

The language of Christianity

Christianity is a like a language with different dialects and over time some common terms and phrases have lost their essential meaning. Kirby Ferguson takes a closer look at the language of Christianity in the video, while John Blake provides further context in CNN's Belief Blog.

Talking environment in the Arctic with Philippe Cousteau

CNN is launching a "Going Green" special event hosted by Environmentalist and CNN Special Correspondent Philippe Cousteau. It's called "Extreme Science" and it will take you to the Arctic on a journey with a group of scientists who live to study climate change.

You can see our chat with Philippe on some of the more behind the scenes moments of his time there with a CNN team living and working alongside the scientists in that harsh environment. It will be a major part of our show today.